Healthy Hemp Strategies: Aiming To Be The Largest Wholesale Distributor Of Full-Spectrum Hemp Oil In The US 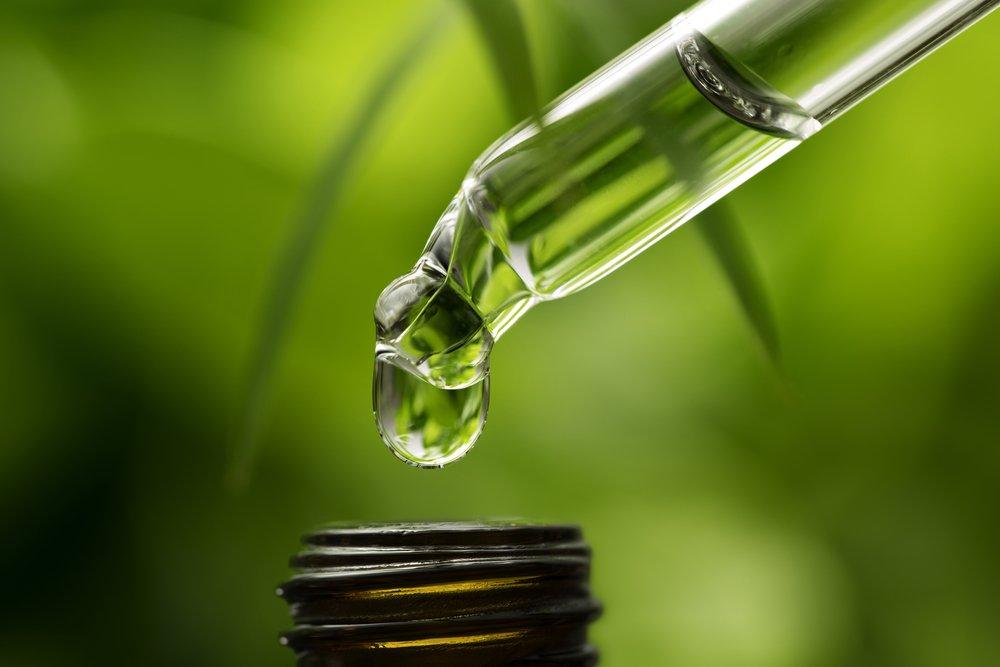 What is the ECS (EndoCannabinoid System) and why is it critically important to your daily health & well-being?

The ECS (EndoCannabinoid System) is a control system that controls everything in the human body. It is a chemical communication system involving every cell of your body. Its purpose is to regulate homeostasis by (maintain “normal” function via efficient communication). A properly balance homeostasis means every part of your body is properly aligned and working at optimal “normal” levels. With a properly balanced ECS, your body is better able to heal itself from any attack threatening “normal” optimal health.

Dr. Allen, a member of the ICRS (International Cannabinoid Research Society), asserts that future doctors will realize that most of the diseases we currently have names for, will be known as simple defects in the ECS (EndoCannabinoid System). Dr. Ethan Russo (also a member of the ICRS & currently a Director of R&D at the International Cannabis & Cannabinoid Institute) takes Dr. Allen’s ideas one more step. Dr. Russo claims CED (Clinical EndoCannabinoid Deficiency) is at the heart of many modern health problems.

One research study tells us of three conditions that are almost entirely a result of CED (Clinical EndoCannabinoid Deficiency): migraines, fibromyalgia, and irritable bowel syndrome.

In Dr. Russo’s more recent research, he cites an extensive list of disorders that may also fall under the CED umbrella.

How do we avoid CED (Clinical EndoCannabinoid Deficiency)?

Animals, including humans, naturally produce cannabinoids for proper functioning of their EndoCannabinoid Systems. When deficient in endocannabinoids, it is possible to supplement a body’s natural production with phyto-cannabinoids, or cannabinoids derived from plants.

Phyto-Cannabinoids are commonly found in the Cannabis Sativa plant. Hemp is an excellent source of cannabinoids, CBD in particular. There are other plants that produce cannabinoids, of course, eg., Echinacea, daisies, chocolate, black pepper, etc. but hemp produces far more in type and in quantity.

There are multiple ways of ingesting cannabinoids — whether by tincture, salve, eating, etc. – with different reaction times, but they all supplement the natural production of cannabinoids by the ECS.

What is the difference between THC and CBD?

Cannabis Sativa has 100+ different types of cannabinoids discovered so far. Yet, with the hundreds of different cannabinoids available, two molecules tend to get the most attention: THC and CBD.

THC (tetrahydrocannabinol) is a compound that will get you high or stoned because it has psychoactive properties. In contrast, CBD (cannabidiol) will NOT get you high as it is not psychoactive.

What is the difference between marijuana and hemp?

Hemp and marijuana are genetically different sub-species of the Cannabis Sativa species.

Hemp has existed in various strains for centuries, dating back to ancient Egypt and before, with uses as varied as food, body care, fuel, carpeting, ropes, paper, etc.

Marijuana is a strain of the Cannabis Sativa species that was specifically bred to maximize THC, the psychoactive cannabinoid.

What are terpenes in the CBD oil?

Terpenes are naturally occurring aromatic hydrocarbons found present in many plants and animals, most notably by conifers but also hemp, citrus, flowers, mints, butterflies, etc. They are the primary constituents in essential oils, such as citrus, lavender, peppermint, jasmine, etc., and also major bio-synthetic building blocks in nearly every living creature.

Terpenes have desirable qualities, which explains their wide use in the food, cosmetic, pharmaceutical and biotech industries. Along with their aromatic properties, terpenes have anti-bacterial, anti-microbial and possibly anti-carcinogenic qualities. People also claim benefits such as pain relief, anti-inflammatory, anti-anxiety and dozens of others.

Is CBD better in its pure isolated form or with the hundreds of other cannabinoids in hemp?

What are the benefits of a full spectrum hemp CBD oil?

CBD is a powerful antioxidant that has several beneficial applications to help you with:

What are the side effects of CBD?

Research demonstrates that chronic CBD use in high doses (up to 1,500 mg/day) is safe and well tolerated in humans. CBD does not alter your physiological parameters. Physiology simply means “normal” function of your body including heart rate, blood pressure, body temperature, and more. Psychological and psychomotor functions are also not affected by CBD. Some side effects of CBD have been reported mainly in vitro and with animals.

Common side effects of CBD include: (Source)

Does CBD help with my illness?

Our CBD products are sold as dietary supplements and have the potential to help benefit numerous conditions. We recommend doing research using authoritative sources, such as pubmed.gov.

What is the best CBD oil?

Healthy Hemp Strategies sets a high standard by taking the necessary steps to ensure quality, authenticity, and safety. All of our CBD products are made using 100% USA-grown organic hemp. We third-party lab tested every product and approved for safe consumption.

As of now, there are no real federal regulations governing quality. This is the very reason why we have decided to set our own high standards that exceed any quality requirement that could be placed on our CBD oil products in the future. What also makes our CBD products stand out is, our products are planted, cultivated and manufactured in the US, with much stricter standards, no metals or pesticides. CBD products with higher amounts of CBD have more of an effect than CBD oil with a low concentration of CBD.

What is the best method of consuming CBD?

As of now, there are four general methods to consume CBD, with varying degrees of bioavailability, i.e., how much CBD actually gets into your system when you take it:

There are other technologies for increasing bioavailability, such as nano-emulsions, water-soluble liquids and pastes, etc. that aim to increase absorption.

How long does it take for CBD oil work?

Response times vary but generally the relaxing effects of CBD are felt within 15 minutes after sublingual use. Variables such as consumption method, CBD concentration, size of CBD molecules and type of CBD product can affect the efficacy of your dosage.

Concerns to look out for when buying CBD products?

Only buy CBD products from a reputable brand with a focus on quality. Make sure your CBD company provides updated lab testing results, known as a COA (Certificate Of Analysis).

When deciding to purchase a CBD product choose a product that has a full spectrum of cannabinoids. You do not want to get a CBD product that is a purified isolated CBD molecule because you won’t get the benefits of the entourage effect and the therapeutic range is very narrow.

How to store CBD oil properly?

As a natural plant extract, CBD oil is sensitive to both heat and light. Freshness and shelf-life can be maximized by keeping your CBD properly stored in a dark, dry and cool area. Freezing is not recommended as it will likely change the chemical properties. Avoid keeping your CBD oil out in the open on the counter, near windows with sunlight, or around cabinets located close to heat-producing appliances.

How Can Healthy Hemp Strategies Help You Achieve Success With CBD?

Healthy Hemp Strategies, based in Concord, CA, aims to be the largest full-spectrum hemp extract CBD company in the United States. We are dedicated to bringing the benefits of CBD to as many consumers as we can. To do so, we are prepared to supply CBD oil in bulk quantities, if you want to manufacture and/or distribute a final product on your own, or as a white label, if you want to leave the manufacturing up to us. We can even help with design, packaging and distribution logistics, if that is what you need. Finally, we also offer our own formulations direct to consumers.

How to purchase wholesale CBD in bulk and/or design a unique CBD oil brand from the ground up?

Healthy Hemp Strategies is launching a service with the aim of both:

From mixing specific cannabinoid molecules together to marketing, bottling, labeling and distributing, Healthy Hemp Strategies is on a mission to meet the largest bulk CBD oil demands. We have discovered the “best” quality bulk wholesale CBD oil solutions available on the market and we want to make it available to you and your customers.

How does the white label work?

We want to be able to help you at any step along the production pipeline. Our various departments can help you formulate your own CBD product from scratch, design your own label so you can build your own brand, and even to bottle it and ship it to you within a few weeks. If you already have your own formulation, or if you want to do your own label design, we are also able to send you just the bottles without a label. You tell us how you want us to help, and we will do our best to accommodate.

What CBD products and services do we offer?

We are wholesalers of full spectrum bulk hemp CBD products including:

We also offer advisory and consulting services including:

Our retail products we offer include:

How would you like to benefit from the increasing awareness and demand for CBD?

Awareness of the benefits of cannabinoids and terpenes is rising rapidly. As a consumer, you can choose to improve the quality of your life by supplementing your own body’s store of cannabinoids. As a business owner, you can help spread the word about CBD oil and sell products with CBD as an input to your final product. If you have the passion but perhaps not the expertise, we are happy to share our experience with you to help you in multiple aspects of your business, as you see helpful. If you have an ongoing business, and want to incorporate CBD into existing product lines, or create new product categories entirely, we have the resources to help you.

Do You Have Questions? Talk With An Expert!

Healthy Hemp Strategies is the largest distributor of hemp derived phytocannabinoids. Our proprietary patented technology & rigorous CBD oil testing provide you with an outstanding choice of CBD products. We offer an array of formulated, tested, packaged, and finished products ready to have your brand/logo placed on them.